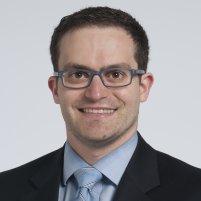 There are several types of dementia, but Alzheimer’s disease accounts for 60-80% of all cases. While you can’t stop the progressive nature of dementia, early treatment may help slow it down. Luay Shayya, MD, at Neurology Consultants of Arizona in Scottsdale, Arizona, can help with a complete assessment and a customized treatment plan that targets your type of dementia. If you or a loved one experiences memory loss, confusion, or changes in behavior, call the office or schedule an appointment online.

What are the different types of dementia?

Dementia refers to a group of health conditions that share a similar characteristic: They cause a decline in memory and thinking ability that grows severe enough to affect daily functioning. There are four primary types of progressive dementia:

Medical conditions such as hypothyroidism, kidney disease, and vitamin deficiencies can also cause dementia. If your dementia is related to an underlying condition, treating the disease usually improves your dementia.

What symptoms develop due to dementia?

The first sign of Alzheimer’s disease, vascular dementia, and Lewy body dementia is likely to be memory loss. Frontotemporal disorders are more likely to cause unusual behaviors and language problems.

The cognitive symptoms of all the dementias include:

Dementia also causes psychological and behavioral symptoms such as depression, anger, agitation, and changes in personality. As the disease progresses, all types of dementia may cause hallucinations, inappropriate behavior, and motor symptoms like rigid muscles, tremors, a shuffling walk, or slowed movement.

What should I know about Alzheimer’s disease?

Alzheimer’s disease progresses through stages. At first, patients with Alzheimer’s disease have a hard time remembering new information. Over time, communication becomes increasingly difficult, and their personality and behaviors change.

For example, patients may become angry, aggressive, or suspicious. As the disease enters the late stage, they become less aware of their surroundings and lose the ability to walk, sit, and eat.

How is dementia treated?

Dr. Shayya performs a thorough physical and neurological examination, including tests to evaluate your memory, language, and problem-solving ability. Then he develops an individualized treatment plan that focuses on slowing down disease progression and reducing your symptoms.

If you’re concerned about memory loss in yourself or a family member, call Neurology Consultants of Arizona or schedule an appointment online.